Welcome to the Hawk Battalion webpage. 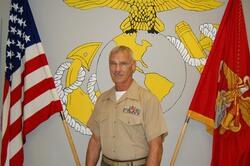 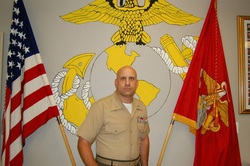 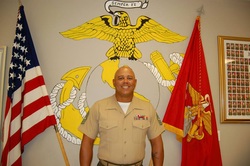 First Sergeant Amadis enlisted in the Marine Corps in February 1990. After graduation from high school, he reported to MCRD Parris Island on 27 August 1990. Upon completion of recruit training, his first duty station was with H&S Company, 2ndAssault Amphibious Battalion, 2nd Marine Division were he served as a crewmen for Assault Amphibious vehicle. During his tour, he participated in a six- month deployment to South America. During his tour from 1990 – 1997, he was also promoted to the rank of corporal and sergeant during his tour. Sergeant Amadis received orders to DrillInstructor School, MCRD Parris Island in January 1997. After graduation, he was assigned to Golf Company, 2nd Recruit Training Battalion, where he served as a Drill Instructor and Senior Drill Instructor. During his tour, Sergeant Amadis completed nine training cycles and graduated over 700 Marines. His was also promoted to the rank of Staff Sergeant on 1 May 1998.